Oriental perfume was developed about one thousand years ago by the Mesopotamian culture.

In the 9th century, an Arab chemist and scholar Al-Kindi (Alkindus) wrote a book called "Book of the Chemistry of Perfume and Distillations". It contained more than one hundred recipes for fragrant oils, ointments, aromatic waters and homemade substitutes for expensive drugs. The book also presented 107 perfume compositions and methods of making different scents along with all necessary equipment 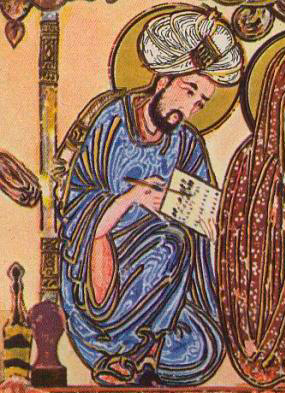 A Persian polymath Avicenna (also known as Ibn Sina, living in the 11th century) studied the process of extracting essentials oils from flowers via distillation, the method which is most commonly used to extract essential oils today.

Unlike the Christian world, Muslims did not stop to further develop their techniques of making perfume. For centuries, they had kept traditional recipes for composing extraordinary scents. 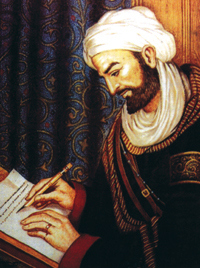 Alcohol distillation was a real revolution in perfumery. The technique was described in detail in the writings of Arab alchemists. Arabs were undisputed experts on spices. The Koran - the foundation of the Islamic world - praises all kinds of aromatic oils encouraging people to use them not only for religious purposes, but also for their own pleasure.

To this day, Arabs perfume themselves and their surroundings. It is believed that angels take special care of those who wear beautiful scents.

Oriental blends make up the group of fragrances which are more than 4000 years old. They are usually warm and sensual, sometimes very heavy. Traditional oriental perfume is often a mixture of natural essential oils without alcohol, usually featuring incredibly durable oils. Even these modern, "processed" and alcoholic compositions represent significant wearability.

The characteristic notes of oriental perfume are vanilla (giving perfume its specific sweetness), sandalwood, musk and ambergris, tonka beans, cedar, incense, agar, camphor oil, and notes of spices (cinnamon, nutmeg and cloves). These fragrances are most often juxtaposed with scents of flowers and spices or sweet fruit. The mixture of such ingredients gives a specific composition which is very intense, lingering on the skin for a long time.

Oriental notes add clarity, distinctiveness and a little predatory edge to each fragrance. Properly selected, these blends warm up and play with the senses.

Know more about a wide range of oriental perfume offered by La Selection.