Today, the power of French perfume is well-known all around the world.
The fascinating story of fragrances goes back to 1533.

It all began thanks to one extraordinary woman,
The wife of King Henry II - Catherine de Medici.
To smell beautiful both at the royal court or on the beach,
She brought to France her own perfumers.

At the court of Louis XV, these fragrant compositions were called Le cour parfumee

Which means ‘the perfumed court’

At the court, scents were used to perfume
Not only the skin or furniture, but also clothes
The King himself was so in love with perfume

That he demanded a different scent every day 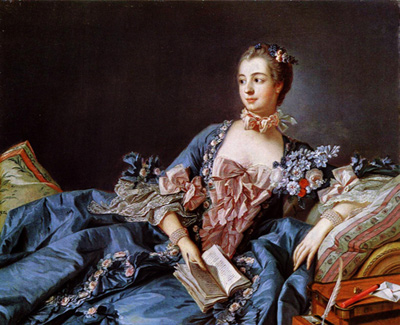 And the chief mistress of Louis XV Madame de Pompadour
Was definitely not shy on perfume either,

Bringing lots of fragrances to the royal suites.
Fragrances left the gilded royal salons
With scented women's gloves
To this day, French perfume spread a lot of joy
Being the symbol of lust and certain quality and standard.
In the mountains of Côte d'Azur, there is a small town of Grasse.
Everybody who loves perfume probably has already heard about this place.
It is considered the world capital of perfume.
Every street of this extraordinary town is filled with amazing fragrances.
By Grzegorz Załuski who wrote the text especially for our perfumery.