ACQUA DI FIRENZE - The Mother of all modern perfumes 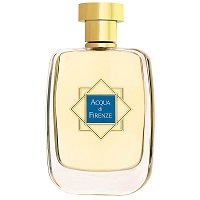 Florence, between the Middle Ages and the Renaissance, is the richest and most civilized city of Europe, the center of Art, Culture, Science.
Florence also becomes famous for the Art of Perfume making.
In Florence, in fact, modern perfumery is born.

In the laboratories of the monasteries and of the Apothecaries, which Dante, Giotto, Botticelli were also members of, they searched for a perfumed water which expressed the wealth, beauty and virtues of nature.
Masterpiece of the Art of Perfumery is the prestigious scented water of Florence with its extraordinary virtues to give both health and spiritual joy :

The Mother of all modern perfumes 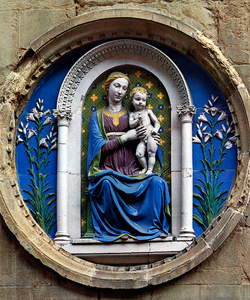 Another Florentine Queen of France, Marie de' Medici, and the Kings Louis XIV and Louis XV, both her descendants, spent great wealth in perfumes.

The formula of the Florentine perfumed water is kept jealously secret but in the XVIIth century, according to legend, a Piedmontese manages to discover it and goes to Cologne in Germany and produces the Eau de Cologne, which in fact derives from ACQUA DI FIRENZE ?. 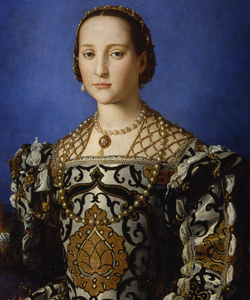 In the Middle Ages and the Renaissance Florence is the laboratory of Western civilization: Man starts to conquer the world and its essence.
At the time of Cosimo and Lorenzo de' Medici, the Platonic Academy re-elaborate the current philosophical thought thus strongly influencing such artists as Botticelli and Leonardo da Vinci.
According to the new philosophy, Man represents a harmonious relationship between body and soul.

Knowledge leads to happiness, while love, the desire of beauty, leads Man towards God, the source of perfect beauty.
The drive to acquire knowledge brings also apothecaries and alchemists to search for the Essence of Nature, the secret of its strength and beauty.
This is how the scented waters are created with a harmonious and artistic form of 3 elements:

the SYMBOL - the FLOWER

Florence, from Florentia, contains its symbol in its name: it is the city of flowers, the city where the arts, poetry, the search for beauty, knowledge flourish: the flower of civilization.

The flower is the highest expression of the vitality and beauty of Nature, symbol of birth and rebirth.
Florence wants to be beautiful and fragrant like a flower.

Flowers enrich the city's gardens and its hills with their colours and scents.
The money of Florence, the most famous and beautiful, is the Florin, the flower of gold that represents the beauty and riches of Florence. 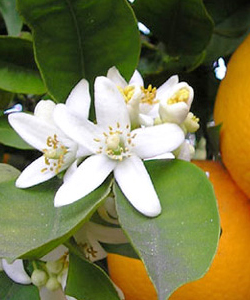 Another symbol hides the magic of Florence: the number 8 and its geometric shape, the octagon.

The octagon is in fact considered the balance between the square, which represents matter, and the circle, which represents the divinity.
Thus 8 corners and 8 sides were chosen for the main sacred symbols of Florence: the Baptistery and the dome by Brunelleschi.

Octagonal shapes also characterize the main symbols testifying to the greatness of the Medici: the Tribune of the Uffizi Gallery and the Cappella dei Principi in the Medici Chapels.
During the XVth century the Florentine Filarete designed an ideal city with 8 corners, 8 towers, 8 entrances and 8 squares, symbol of harmony between Man and Nature.

As if the number 8 and the octagon created a spell and spreaded harmony and beauty. 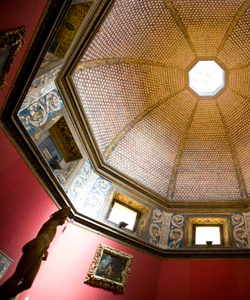 Botticelli's Spring is the Renaissance XVth century Florentine masterpiece.
Under Cupid's gaze, in a mysterious and musical allegory, 8 characters move about, with the goddess Flora that generates and spreads flowers.
Here is the magic secret that Botticelli seems to offer us in his masterpiece, the mysterious essence on how to achieve harmony, love, happiness :

the two symbols of Florence, flowers and the number 8.

Leonardo da Vinci, with his studies about distillation, also contributed to the discovery of this essence.
Using the secret formula of the ?8 Flowers?, ACQUA DI FIRENZE ? gives us back the deepest meaning of a myth: the symbols, the secret of harmony and beauty. 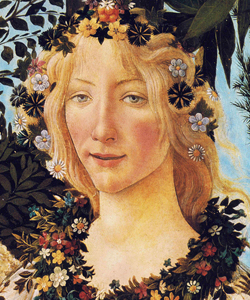